Get the famed Proxmark3 Easy but with 512kB of memory and the Iceman / RRG bootloader and firmware image PRE-LOADED! No messing around with cascaded Chinese bootloader upgrades to finally get a decent firmware on your proxmark3, we’ve done the hard work for you! Be sure to read the getting started guide!

Chris “Iceman” Herrmann is one of many open source developers for the proxmark3 platform, but his work extends beyond simple fixes into major overhauls of the feature set and user interface. His work is invaluable to proxmark3 hardwware owners, and he deserves your support. Find him @herrmann1001, but more importantly you should subscribe to his Patreon channel for at least a couple bucks a month.

If you are new to the Proxmark3, saying that the Proxmark3 is a notoriously unfriendly device is still an understatement. For starters, it comes with no software at all.. you must compile the firmware and client software yourself. Doing this on Windows requires some special preparation.

Please read the Getting started with the Proxmark3 Easy forum post. 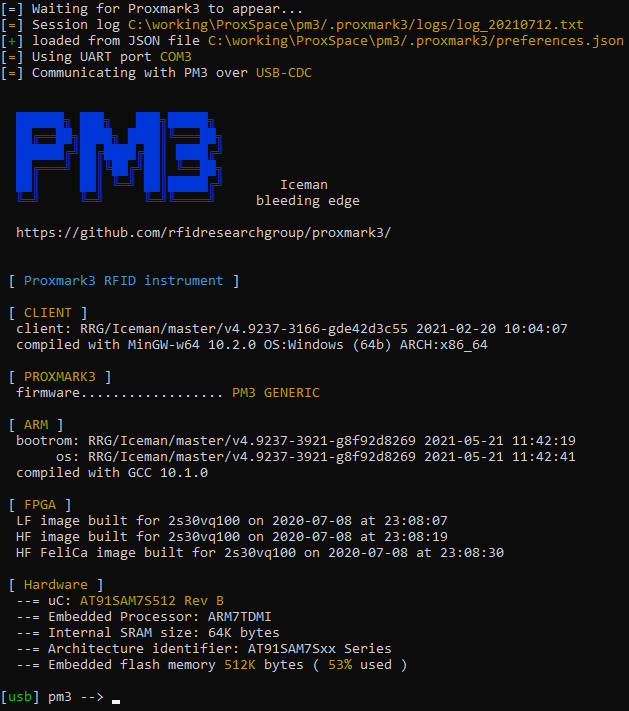